This year, Liz, Diana, Philipp and Annika joined again our Japanese collaborators from the Hatta lab (Tokyo), Ueno lab (Okazaki) and Maruyama lab (Sendai) at Sesoko Marine Station on Okinawa to collect coral larvae for comparative experiments in the field. Coral were collected on the 1st of June around Sesoko island and transferred to the water tables. Over the next few days, night snorkelling to watch out for spawning on the reef right in front of the station started. As predicted by the team leader Masayuki Hatta, Acropora corals spawned during the night of the 6th of June and after a busy night of gamete collection and mixing sperm and eggs for fertilization, coral embryos developed into planula larvae which were used for experiments. 4 days after fertilization, coral larvae are ready to be ship and, after a fun night out with delicious Japanese food and beer at our favorite Izakaya in Nago City, our Japanese colleagues went back home to continue their experiments at their home institutes. The Guse lab continued to enjoy the snorkelling and working at Sesoko for another week trying to learn as much as possible about the natural coral reef habitats and rearing coral larvae and metamorphosed polyps. We also brought some coral babies home and hope to keep them happy and alive in Heidelberg. Anyways, we all hope to be back in 2018 to witness that amazing event of synchronous coral spawning induced by the lunar cycle that occurs only once every year.

The reef at Sesoko Marine Station 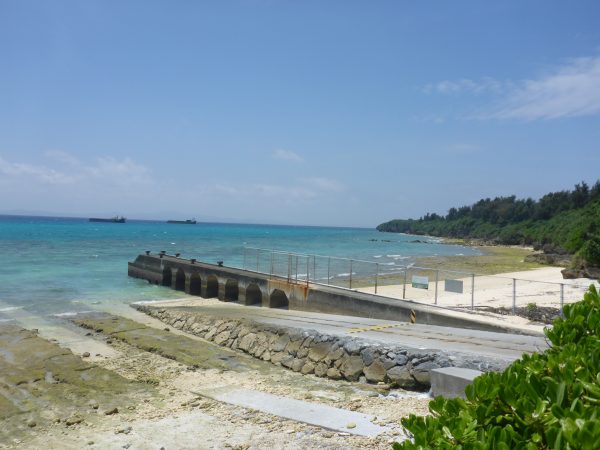 One of our main activities: snorkeling 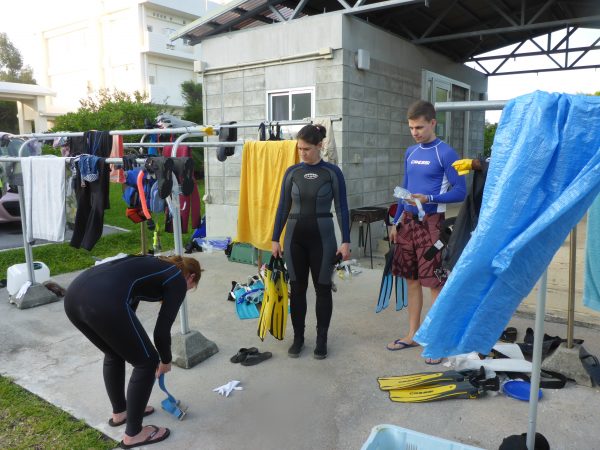 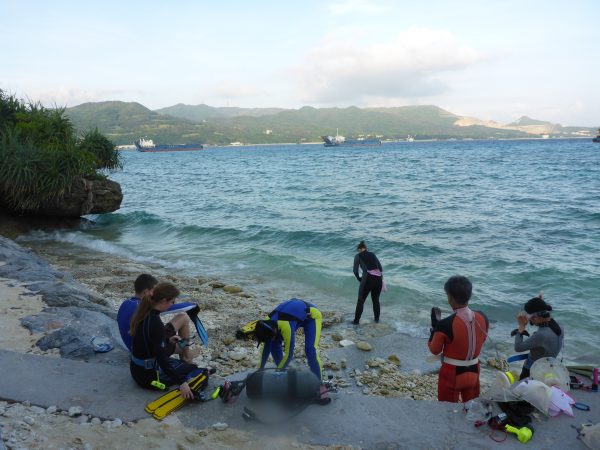 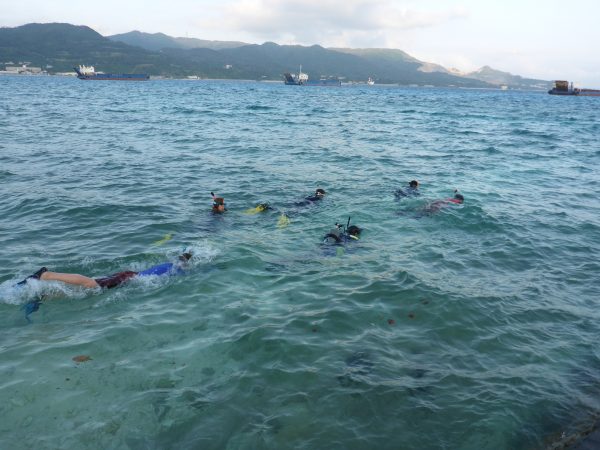 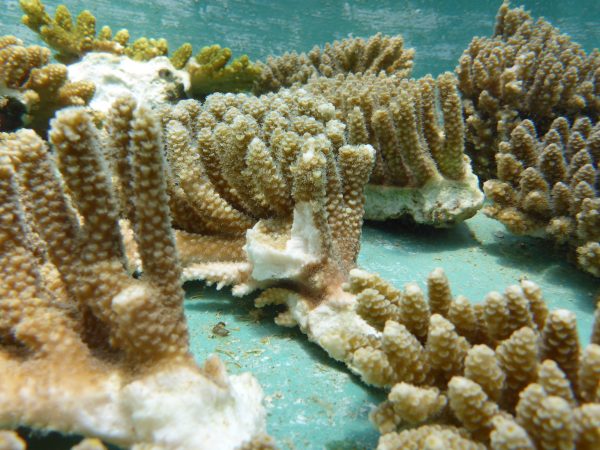 Coral are setting to get ready for releasing their gametes 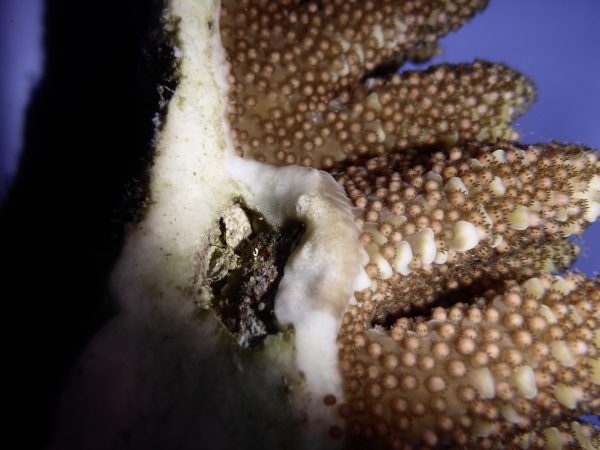 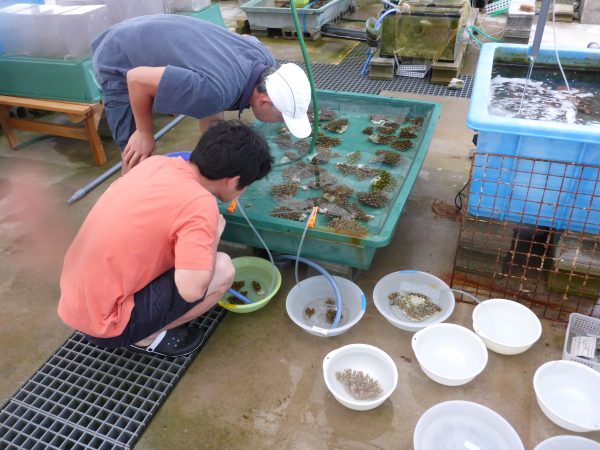 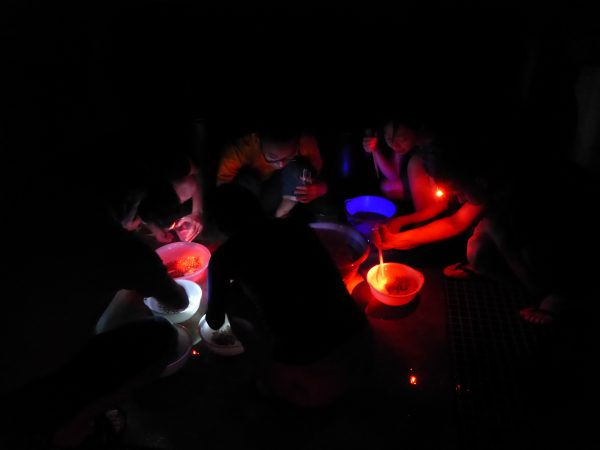 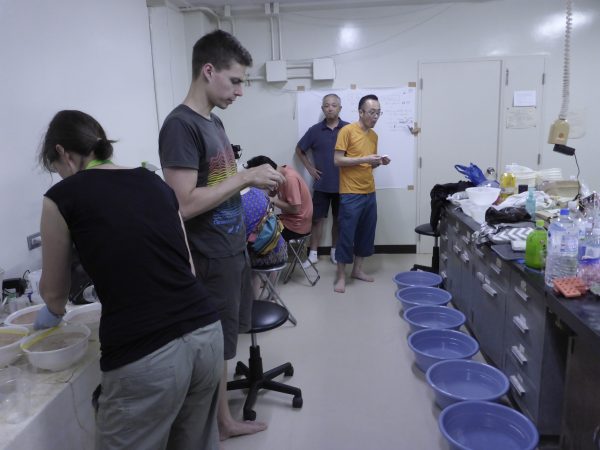 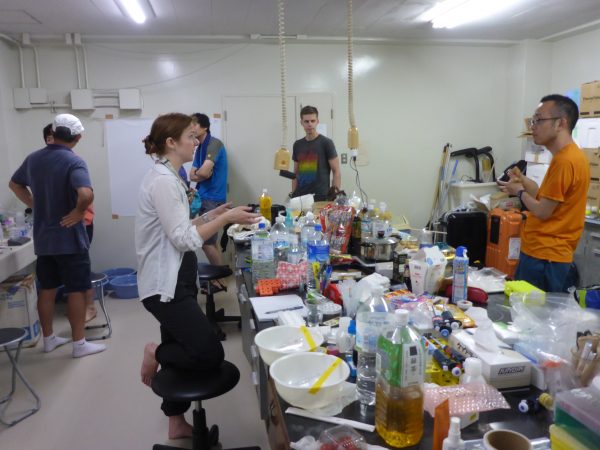 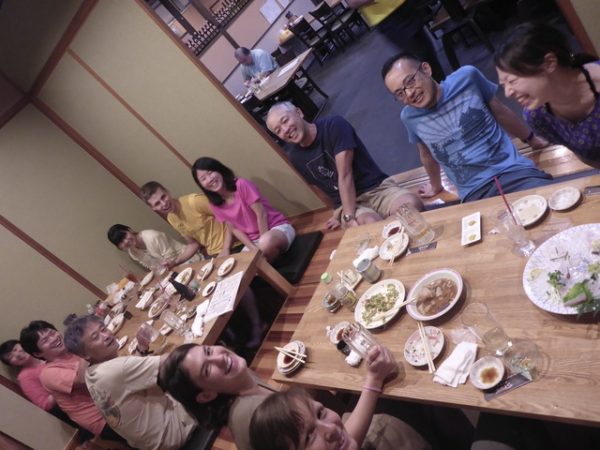